Why do you play Laurum Online?

As the release of the game approaches, I making a topic where we, the beta community, can tell the devs why do we play their game and not another.
To give devs and idea what makes their game great, and what it doesnt, I want that everybody be sincere with their feedback.
So, as being the guy who started the topic, I’ll start.

The other things I haven’t mentioned is because is neither good nor bad. They are ok, for me.

P.S. their is no argue in this topic, everybody is free to say their opinion.

Based on the time I have been playing the game improved a lot and this is nice, so I have hope that the balance will be worked, will be more maps and bosses, and things that now are a problem will be solved in the correct time with the help of the community, as we did with upgrade system and quests.

So I am seeing a good future if we go with the same steps as the two recent updates.

I usually get bored of games and almost were not playing any of them, but this enchanted me and is the only game I play and I got involved with the staff to improve things so this is great news because I have been playing for a lot of months and for me is a lot…

What I like:
The Open Map, plenty of places to go and explore.
The Graphics
Controls are easy to understand
Playing the game can be fun especially with other people
Parts of the community
No P2W
No AFK
You have to do stuff to level up.
You can play at your own pace
Quests, may be bias because I wrote some.
PvP
Upgradable Items with modifiers

The hardcore players wanting the game to be militaristicly hard
Lack of Secrets to find around the open map
Lack of reason to explore off the main grinding pathways.
Lack of stuff to do other than grinding and Devil’s Square.
The Lv 110-150 stage of the game
Lack of reason to PvP
Uninteresting In game Events. This happens especially around yearly events such as Christmas and Halloween where there very easily could be something like an event specific boss or special themed item. But instead we get either double gold or double exp which is nice and all but can get old when used for every event.
(Good example of an event was the Goblin Event)
Lack of reason to follow social media’s
The fact that if someone is giving genuine feedback on a feature and the community doesn’t agree they immediately get disregarded as a crying salty nub.

Conclusion:
Its pretty solid. Fun and addictive. Would like a bit more to do in game as I only tend to play when I get the urge to. Would love to see more come to the game like Day-night cycle and weather to add more ambience and more secrets and stuff to do around the world.

Recommend to anyone who is breathing. Been here longer than most people here and I have seen it change from AOO to LO. Can say from experience that you should play the game.

Ill address few of these and will focus on the stuff you guys don’t like/agree with:

These were the 3 common ones across your posts:

The lack of content between 100-150 levels
While developing this game I found out the best way of doing things is to create frameworks and then expand them to add more items, more quests, more mods, more enchantments, more skins, more pets, more more more… The same happens with our maps and enemies but with a couple of caveats:

Taking the above into account I decided to halt map development until we got the time to do it right, but this also meant learning how to do it right. After hours of asking and reading, I can say now I feel confident to develop/rework maps but it still requires time and a lot of it.

Could have more active players
This one is tough. I think every developer wants their game to have 1000 players online all the time right? Whether that happens or not is a different story.

Overall I think LO is way too difficult for a mobile game. We might have taken the wrong path somewhere between Rebirths, the “no cap” madness, when we added joystick/d-pad instead of keeping it to a simple tap to walk game (tap on a mobile game? how weird that was right???) and the “no AFK” rule to a point where casual players lose interest after few minutes or hours.

Honestly, I’m not sure what are the numbers on other games out there similar to LO, but I think the above + the fact that players usually don’t invest huge amounts of time on Early Access games + almost no one downloads a game that has no reviews + most people don’t know about our “no wipe” promise = a good formula for not investing more than 1h on a game… I guess we will see what happens after release

Just to add numbers here: We had 350 new players during the weekend and a peak of 68 players online 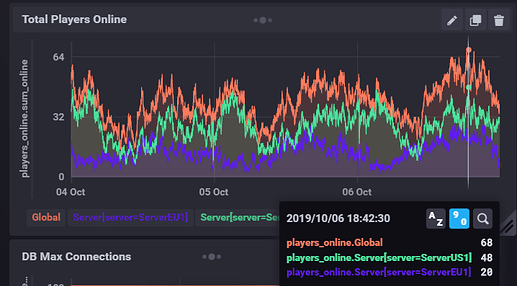 Difficulty to buy items
I don’t understand this part here… Is it difficult o find the item you like or difficult to deal with people? Or is it difficult because the broker is not working? or… whats the difficult part here?

The time taken to train stats

Could be more bosses

Could be more maps

Could be 2 more classes:

The balance should be worked in a few things

Lack of Secrets to find around the open map
Lack of reason to explore off the main grinding pathways.
Lack of stuff to do other than grinding and Devil’s Square.

Lack of reason to PvP

Uninteresting In-game Events. This happens especially around yearly events such as Christmas and Halloween where there very easily could be something like an event-specific boss or special themed item. But instead, we get either double gold or double exp which is nice and all but can get old when used for every event.

The fact that if someone is giving genuine feedback on a feature and the community doesn’t agree they immediately get disregarded as a crying salty nub.

What I like:
-No P2W
-No AFK
-Rebirth and training system(the more i play, the stronger i’am)
-PC Version
-New upgrade system