Greetings Alkanov.
First, I’m glad that the forum is back and that it is being used in a healthy way by the entire Laurum Online community.
Let’s get to the main subject. We’ve been warning about the fire cave boss crafts for a long time that aren’t dropping. They are important means of making karma reset potions or potions to reset rebirth points.
I’m not sure if it’s a bug or if it’s already been fixed, but I’m remembering the topic.
Thanks!!

As far as i know this is a visual bug. Clicking this bugged button doesn’t complete the task, it’s still accept quest.

Yes i know that. But still need to fix this too

Hello, this is a list of errors/bugs found on the map or gameplay:

Image 4: Order in layer error, probably the best way to fix is place a same pattern sprite above it, the same happening on the other entrance (desert zone)

Image 5: Random sprite on the ground, probably not placed on purpose (golemzone)

This coin needed for reset RP points are not being dropped on fire cave bosses anymore being impossible to reset RP.

When the game is uninstalled and reinstalled, your locked items are being deleted from the cache doing some people lost accidentally items. (Probably the lock of items is being saved on caché)

Sometimes when you try to find items the SEARCH button get locked and you can’t find for more items until you relog.

Talon (Teleport PET)
On the beta version at least Talon the teleporter is not giving cooldown after teleport, being able to teleport without waits, also if you teleport again when you just arrived to your last choosed zone, you can walk while casting the teleport, thing that shouldn’t happen.

sorry, I was putting the Bugs at the Bug Reports, don’t in this post.

Bug 1:
Hello,
I wanted to report a bug. A player joins a party in which the one who invites him is not the pl in this moment.

Bug 2:
Sometimes, the broker Search button remains disabled, And the button can only be enabled again if we relog.

I have not investigated or found any pattern.

Bug 3:
I think it happens since the migration, when we access Friends, there is a freeze of a few seconds

there are many hunting areas that are saturated, that is, that have an accumulation of people… and there are others that have been forgotten… desert (scorpions and sand guards)… ice path… and they are essential areas for that is leveling up in party… it would be very rich if they added more mobs to have a better advantage in these hunting areas

Good evening @Alkanov, I would like to limit something about the missions of the D.S for the level +150 to 300, I don’t know if it is programmed like this or they never noticed, since these missions cannot be done at these levels and if it can be enabled for these levels would be great.

After updating game to 2022.06.21 update, the game is now way more laggy (i got lag even if i just want to check my training stats for example) 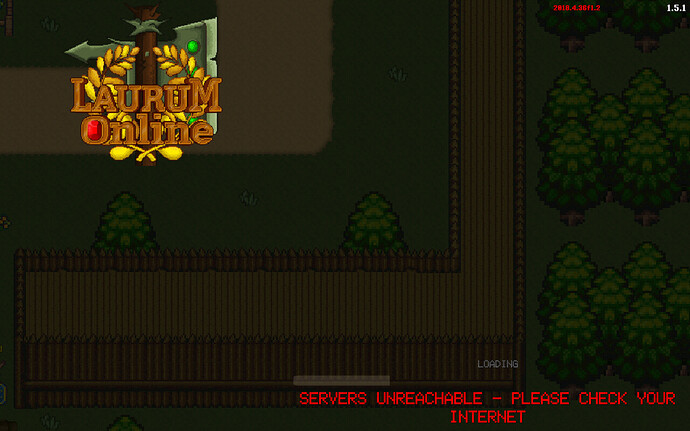 Hello Alkanov. so for almost an year i couldnt play on my account named “falconsee” because whenever i login and whenever the map percentage loading is 10.00% it crashes so please fix it i really wanna play on my “falconsee” account.

I had already talked about it once and decided to talk about it again to find out what the other players think and what the admins will think. Note: I opened a topic on the forum about the same issue, it may have been my mistake so if necessary just don’t accept it and consider this post the only one please Alk.

Let’s start with the purpose of this post: to bring players back to the old fun of Laurum Online where everyone happily hunted in pts with their friends and didn’t have to be carried in pts with “lurers”.

We started with the principle that we have hunting places for all levels, and thanks to the mechanism to gain exp by maximum and minimum level of difference between the character and monster levels, all players need to go through the hunting places necessary to gain exp and evolve.

It can be problematic for some, but there are places that need a minimum level to transport to enter, but this is being useless because we can ask “pt” for a friend and use the teleportation scroll to enter the place with an inappropriate level for the character.

We have clear examples when we reached Lv70 and asked to party to our friends/allies/players and then enter the Death Watch hunting ground (we also have Rynthia Highlands). Both locations have a minimum entry requirement through the gate/portal, but can be easily bypassed.

In the caves there is a system where you expel the player from there when the buff time runs out. What if that same system was adhered to for this bug that lingered for years? “Only people who have Lv80 can enter the hunting ground of Death Watchs” would be the goal and ideal so that we could seek the environment we had within the game and gradually give final meaning to those who are starting.