We decided to pull some data in order to find out why some materials were dropping way more than others and this is what we found out:

The below ratio is what we were trying to achieve, one material a bit harder than other but nothing crazy

But this is what we found in some cases:

Not a big deal but the gold isn’t aligned yet, and the counter still goes out of bounds, It happens when you need 1 more item to pick up and suddenly you pick up 2 instead of 1.
Also someone reported that some quest goes negative cooldown. 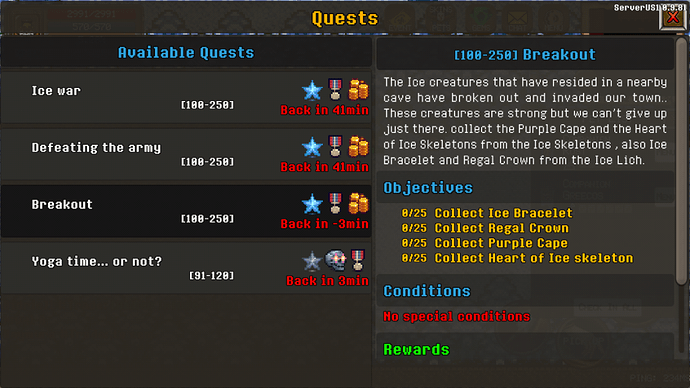 In the list of quests, when there’s less than a minute on the cooldown, the game says “1s or less remaining” it should say 1m or less.